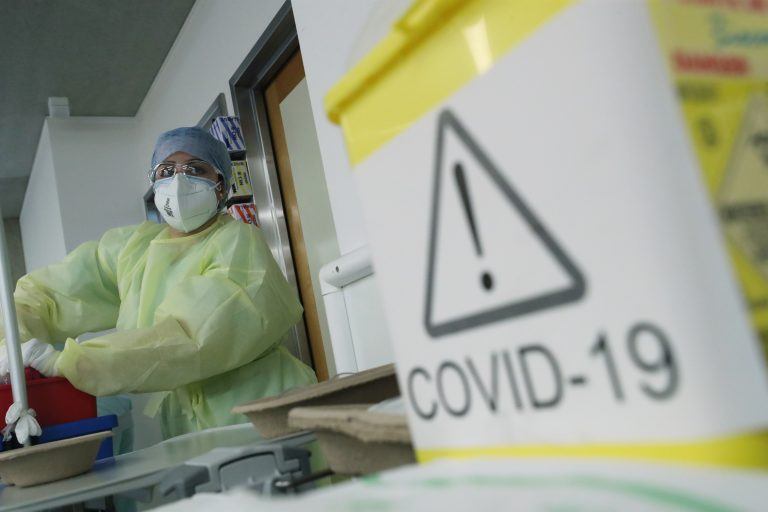 MADISON — John Zingsheim could be dead by the time you read this.

And the slow wheels of justice just might be his murderer.

As of late Thursday afternoon, Zingsheim, the father of two young adults who lost their mother a year ago, was on a ventilator — in a medically induced coma — at Aurora Medical Center in Summit, fighting for his life. Fighting the coronavirus.

On Oct. 7, Zingsheim nephew, Allen Gahl, filed a complaint in Waukesha County Circuit Court asking the judge to order the hospital to enforce a prescription for the drug Ivermectin, prescribed by Dr. Edward Hagen.

Hagen is not privileged to practice at the hospital, and Aurora, like a lot of medical centers refuses to allow their patients to be treated with Ivermectin. The cheap and widely available anti-parasitic drug has been used to treat COVID-19 despite it not being approved for such use by the FDA and largely derided by members of the medical community as ineffective at best, and potentially fatal.

Aurora argues the use of the drug falls below and constitutes a violation of professional medical standards of care.

But Zingsheim is a desperate man. His attorney, Karen Mueller, says her client should have the right to try.

Aurora Health Care, the parent company of the hospital, fought the request. But it did come to terms through negotiations on a brokered deal that would have allowed Mueller to find a physician willing to administer Ivermectin to her client and apply for admitting privileges at the hospital.

An appeals court, meanwhile, stepped in and granted the health company’s petition and stayed the circuit court’s order. Gahl, Zingsheim’s nephew, asked the Wisconsin Supreme Court to bypass the lower court and quickly hear the case.

This week, the Supreme Court denied the family’s request. Seemingly disregarding the urgency of the situation, the 4-3 ruling opined Zingsheim’s request failed to meet the court’s standard for review. The case would have to go through the lower courts before the state’s highest court would hear it.

Justice Brian Hagedorn, who ran for the court as a conservative, again sided with the three liberal justice’s in upholding process over emergency.

In her dissenting opinion, Justice Rebecca Bradley blasted the majority opinion as heartless.

“Wisconsin judges are rarely asked to make life-or death decisions. This case presents one of those rare circumstances,” she wrote in a nod to a poignant C.S. Lewis observation. “The circuit court made a decision on the side of life. The appellate court chose the irrevocable and irreversible alternative.”

Sadly, Bradley said, nothing in the law compelled such a decision.

The two sides had reached an agreement that would have allowed what could prove to be Zingsheim’s last wish. Aurora, Bradley wrote, had not asked the appeals court for a stay.

The grinding wheels of justice could ultimately cost a man his life.

“Although both parities emphasize the importance of the issues presented in this case, the same majority of this court that regularly takes a pass on significant cases … again can’t be bothered to resolve a pressing dispute of grave importance to the people of Wisconsin,” the justice wrote, parenthetically calling out Hagedorn, and justices Ann Walsh Bradley, Rebecca Dallet and Jill Karofsky.

Mueller said this isn’t just a man’s power of attorney making a decision for an unresponsive patient. Zingsheim begged his family to seek the treatment for him before he was put into a drug-induced coma.

“He told his children and his power of attorney that if they would fight for him in the courts he would keep fighting (for his life),” said Mueller, founder and General Counsel Amos Center for Justice & Liberty.

The moral dilemma goes beyond the life or death of one patient. Mueller said another family dealing with the same situation retained asked the attorney to represent them last week. A man with COVID, hospitalized and intubated, begged to be treated with Ivermectin. Different hospital, same case, the attorney said. The hospital refused to fill his request.

“We’re not talking about isolated cases. We’re talking about a policy decision being made in boardrooms of hospitals across Wisconsin and nationally to deny medication,” she said.

While controversy may surround the use of Ivermectin to treat COVID, why refuse a man who is not responding to a host of medications the medicine he is begging for? More so, how does the majority on a court of last resort sleep at night knowing they punted on a true life-or-death case?

For now, the appeals process is expected to drag out for at least another couple of weeks. John Zingsheim doesn’t have the luxury of that kind of time.

“Why in the world wouldn’t you give a dying person a chance, at least in the spirit of right to try?” Mueller said, referring to laws that give terminally ill patients access to certain drugs and treatments not approved by the FDA.

You can join us using

Created with NationBuilder – Theme by Tectonica